How to Record Part of Screen on Windows and Mac

PC Screen recording is useful for troubleshooting, sharing, or teaching. Whatever the reason, it isn't difficult to take a screen recording or capture on your personal computer. But actually, sometimes you may just need to record part of screen rather than the entire screen. 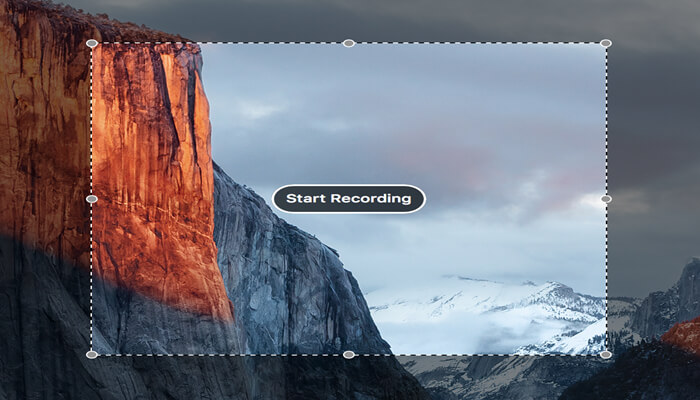 Why Record Part of Screen?

1) By recording a portion of your display instead of the entire display, it is possible to reduce the file size and make sending and receiving the video faster and easier for yourself and the recipient.

2) It is useful if you don’t want anything you have on your screen appearing in your video. This works exceptionally well if you’re recording a certain window on your PC, but don’t want other apps you’re using to appear in the recording, such as your messages, web browsing, and other activities.

When it comes to a personal computer, Microsoft's Windows 10 must float in the mind. It succeeds Windows 8 and is currently the most recent version of Windows available. It is unavoidable that users of Windows 10 may need to record computer activity or gameplay on Windows 10 sometimes. For instance, record part of screen to make a tutorial; record a webinar during a Skype call, etc. And now you may be considering how to capture part of screen on Windows 10?

Also Read: How to Record a Google Presentation >>

Windows 10 has a hidden screen recording feature. It is not a standalone program but a feature of Xbox, which is also called Game DVR. Xbox Game Bar is primarily designed for gamers; however, anyone can use it as a desktop recorder. To make it easier for you, a few simple steps are outlined below on how to record part of screen on Windows 10.

Ensure that Game DVR has been enabled. Go to the Settings and navigate to the Gaming category. In the Game bar page, enable the function that record clips, screenshots and broadcast using the Game bar. 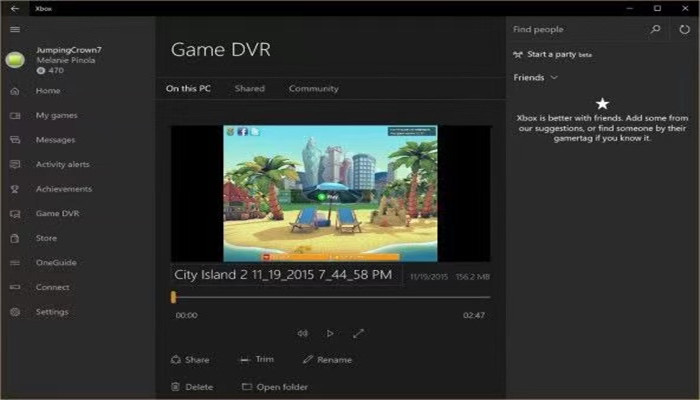 Step 2. Check or Change the hotkeys.

On the same page, you can check the settings of "Keyboard shortcuts". Press the "Windows + G" key to open the "Game Bar" and then you can use "Win+Alt+R" as a hotkey to start and stop screen recording. Also, you can use "Win+Alt+PrtSc" to take screenshots. If you want, the hotkeys can be also changed. 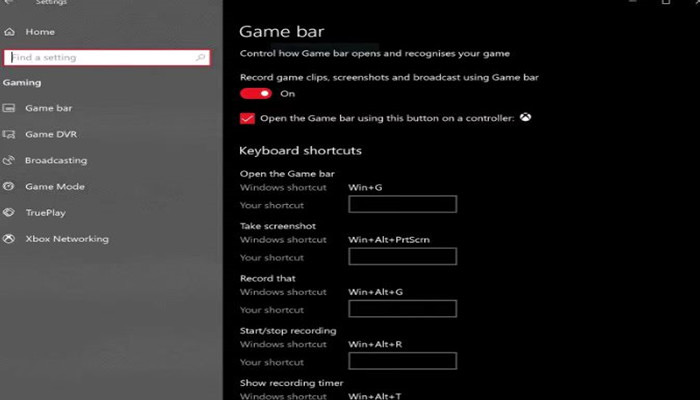 Note: Every time you record a new app, Windows will ask you if it is a game. You only need to select "Yes, this is a game" to load the Game Bar.

It is a convenient way when you only want to capture the current page. But if you move to another page or others, it will keep recording the previous page where you start recording.

Owing to the permission of the in-built screen recording tool of Windows 10, many people are looking for other solutions to solve "how to capture part of screen on Windows 10". If you need to record part of screen flexibly and in HD, you'll have higher requirements. In such cases, the following screen recorders with more powerful functions will be a better choice.

As we know, QuickTime is one of the apps that come pre-installed in the macOS operating system that powers every Mac. However, it also works for Windows 10. It enables to record just a cropped portion of your display.

a) It saves space and works fast at the same time;

b) It needs fewer memory places to run;

a) It is designed for Mac so it may be not good enough for Windows;

b) It may fail to operate after the download so you may try several times.

BandiCam is a piece of lightweight screen recorder software for Windows 10 that can capture anything on your PC screen as high-quality video. This app also makes it possible to record a certain area of the screen on PC.

a) Help you carry out a screen capture with a high compression ratio, while keeping the video quality closer to the original work;

c) It offers a great range of formats and larger pixel coverage.

a) The software logo will be imprinted automatically onto the final video;

b) Screen Recording Mode is not suitable for recording high-quality games which have high framerates.

iFun Screen Recorder, developed by IObit, must be your best choice. It is free and comes with an easy-to-understand user interface with advanced recording features. Users can enjoy an excellent recording experience when conducting record of part of screen. 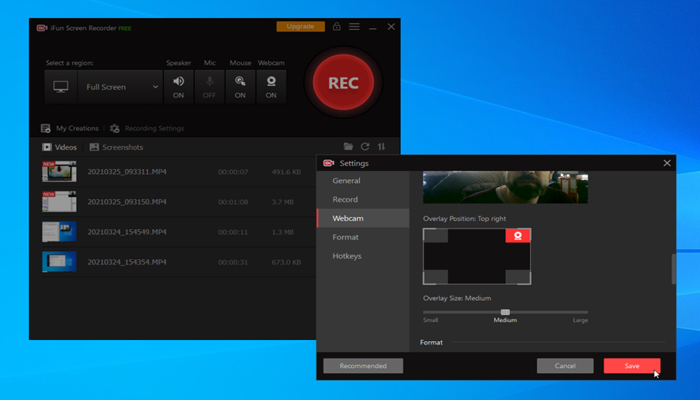 1) Flexible Screen Capture: It is possible to record part of your screen, from the entire display to a small dialog box;

2) Record the Screen with Audio: According to the settings, every syllable of inside background, speaker and tiny microphone on your headset can be completely recorded if needed.

3) No Lagging & HD Performance: No matter dynamic or static, iFun Screen Recorder gives you high-definition visual performance without lagging on the frame.

4) Strong compatibility: It is exclusive for Microsoft Windows, including Vista, 7, 8, 8.1 and 10. As for the recording files, more than 12 output formats are supported.

5) Powerful Editing: IObit Screen Recorder provides you with basic edit functions without permission. No matter video or audio, every single frame can be under your control in a hassle-free Way.

Step 1. Free download and install iFun Screen Recorder on your computer, and then run it.

Step 2. Choose "Select Region" for the part of screen you want to record.

Step 4. Navigate to check and edit your recorded files.

Until then, these are the best of what the market has to offer right now for those who are confused with how to record part of the screen. After comparison, you may find that iFun Screen Recorder can be your best friend when you need easy-access yet professional screen recording. Have a try on iFun Screen Recorder to see what we mean.