Home > Blog > How to Create Your Own Meme GIF with Screen Recorder?

How to Create Your Own Meme GIF with Screen Recorder?

Today on the Internet, memes are everywhere. Since 2004, beginning with the Picard song and Star Treks & the Rules of the Internet, and followed by 1000 things you need to know about Chuck Norris. Then comes 2008, which we had the Rickroll, which never gonna let you down, but never gonna let you watch the YouTube video you want. And the Gaijin 4koma triumphs for anime girls. In 2010, the one might be the champion of the best meme, the most famous Shiba Inu — the doge. Then comes her follower Shiba Inu superstar, the Cheems. Who has been bullied by Swole dog every day everywhere, And the legend continues. For many "Netizens", the meme is the source of joy in their life, a moment they relief from their work, the oasis let them escape from desert-like day-to-day life… We love memes. Since we can’t "deal with it" to all problems we are facing in the real-life. So, we choose to live with problems and memes. 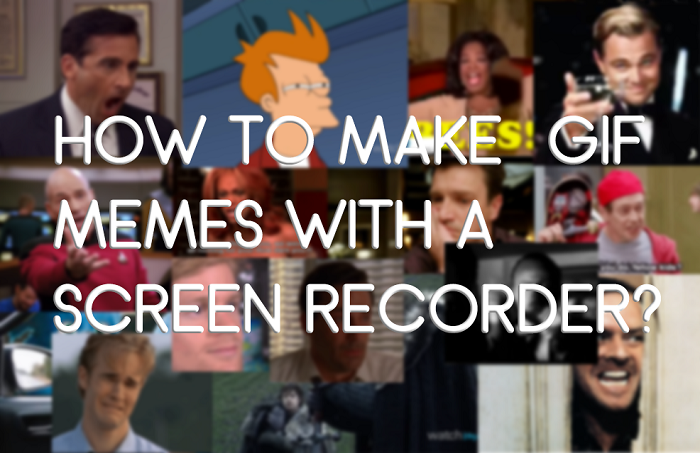 The Internet has its memories. Memes are an indispensable part of internet history. No matter how exaggerated it is, how over-acted performance or a hearty laugh evoked, they are concise with brilliant ideas & enormous senses of humor. As for the person, we do want to be recognized, to express and present our sparking & flashy ideas, we want the memes we create to become the legend of internet history, Ok, where do we begin? I have no idea about this but the meme Gif Homer slowly backing away to the grass was flash into my mind. Wait, how about making memes Gif with a screen recorder? That sounds like a good idea. Those epic movies & shows, The Shining, Pulp Fiction, Rick & Morty, Futurama… those masterpieces are sparkling in my brain. Then, how to screen record to a Gif? Which tool, or say which screen recorder to use? Well, no rush, we gonna check it out then.

Talk about how to make meme Gifs, where do we begin is to find the source of the ideas? Ah, Star Wars. None of the epic sagas could be interpreted by so many different aspects, theories, and arguments like Star Wars. The space opera version of hamlet, the ultimate odyssey of Jedis. What a perfect kick starting. 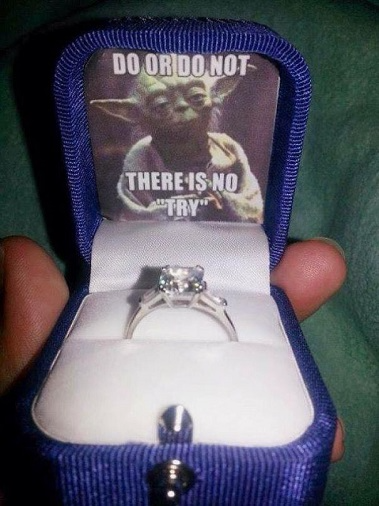 The first scene that pumped out to screen records a gif is the classic “I am your father” meme, Nah, that’s obsolete. How about getting something new, Kylo Ren and Ray’s lightsaber? What would’ve happened if Rey tried to physically grab the lightsaber out of Kylo’s hand instead of using the force? 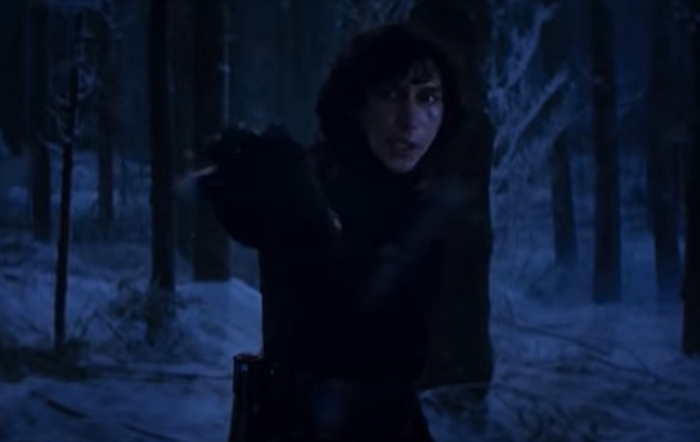 If Kylo Ren took Ray’s lightsaber, probably the storyline will be dramatically changed, what will happen if Kylo gets the power to shape the future of the entire galaxy exactly how he thinks it should be or the girl he is in love with? What will he say to ray at this moment? And how about Ray? It was at this moment that she knew… I would like to left this for you and your best ideas.

How do We Transfer a Clip to Gif?

After we get prepared with our brilliant thoughts, it’s time to put that into action. What tool we could do screen record to Gif for better spreading on the internet? Here I have a perfect candidate and might be the best one that you can reach in the category of free software, the iFun Screen Recorder. 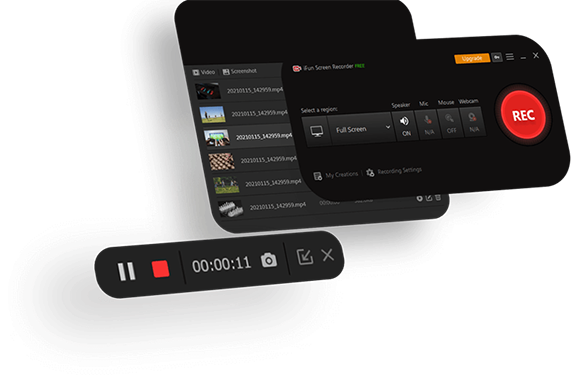 Let’s check the list of functions that a Screen Recorder could help us to make meme gif:

First, we need to have software that can surely record the screen and turn it into a Gif picture.

Second, we can better have the capability to adjust the parameter of the Gifs, since many online forums & communities have a size limitation for pictures uploading. In order to better spread your memes,

Third, it is good to have the screenshot function. Because of that, we can make general meme pictures.

Forth, it better to be freeware, without function limitation, handy to use. 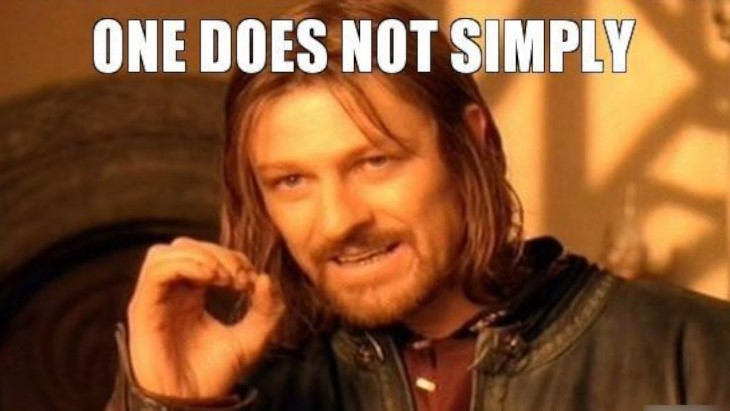 iFun Screen Recorder isn’t hard to use at all, all its functions are listed clearly & reachable. No clustered options shatter on the control panel, No confusion, straight forward to the core functions.

1. Make sure you’re running iFun Screen Recorder. You can find five buttons that show off the main functions of iFun Screen Recorder on the main interface. Click “Select a region” to define the screen zone you want to screen record to gifs. You can adjust the recording zone by justifying the edge of the selection for a better fit screen recording. You can access the settings by clicking the options button on the right-hand corner of the main panel and then click Settings (the gear icon).  Don't forget, as a multifunctional tool, iFun Screen recorder is capable of recording different things like: to Record a Google Presentation or  to Record Game Video

2. Also, iFun Screen Recorder allows you to set up the video resolution, output format, framerate, and audio quality.  Make sure to select GIF as the screen record format (in red rectangle). You can modify the size and framerate of the screen recorded GIF (blue & green rectangle) to better suit your need. 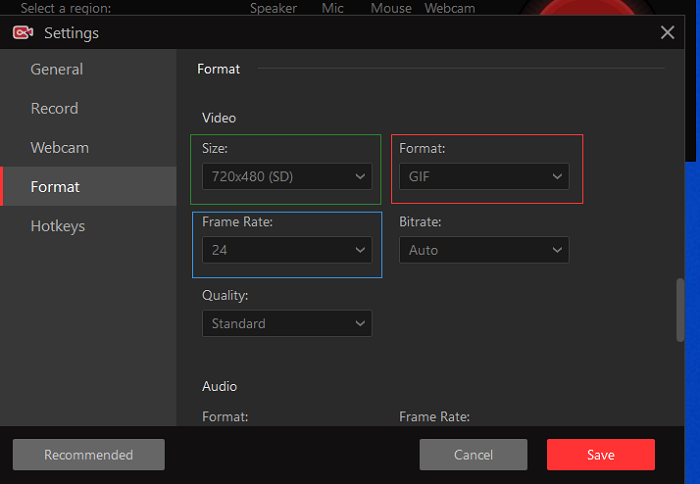 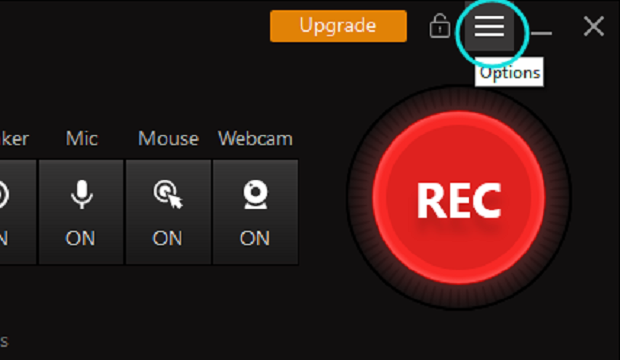 4. The status bar will show off the right-hand corner, you can find the record button to pause the recording. And you can stop the recording by clicking the red rectangle (Stop recording). The iFun Screen Recorder also allows you to do a screen capture when you recording a video by clicking the camera button on the bar or press the F11 key.

5. You can manage the recorded video in “My creation”, also the iFun Screen Recorder offered a video editor that allows you to do simple edits to your gif. 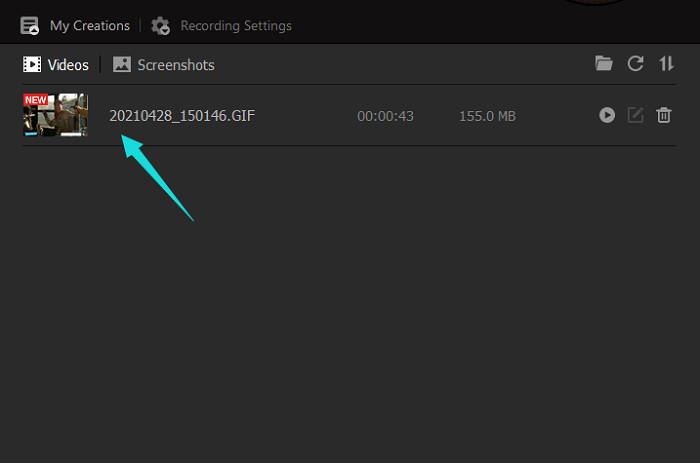 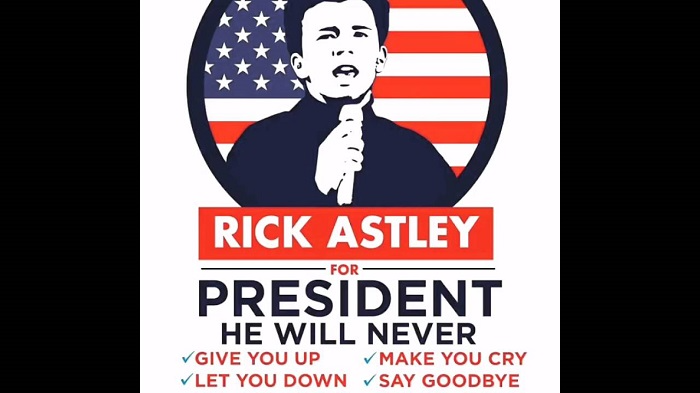 For many “Netizens”, the gif meme is the source of joy in their life, the moment they can relief from their work, the oasis lets them escape from desert-like day-to-day life… We love memes, because we can’t “deal with it” to all problems we are facing in the real-life, we choose to live with them, and memes. It’s now time to join the community, and try to create your meme with a screen recorded gif, powered by iFun Screen Recorder. Trust me, it’s not a trap, we are never gonna give you up, never gonna let you down, never gonna run around and desert you, Never gonna make you cry, never gonna say goodbye, never gonna tell a lie and hurt you.