How to Record Your Screen on Windows 10 with Sound [Free] 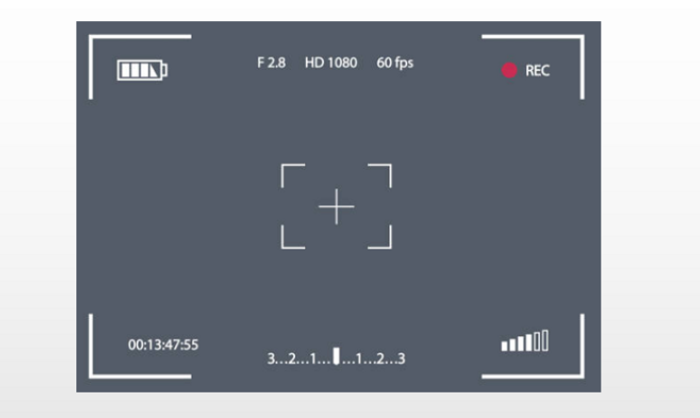 Having installed Windows 10 operating system for a long time, some even don't know that it has a built-in screen capture tool - Xbox Game Bar. As its name suggests, it is primarily designed for gamers to record clips of video games. Even though, it is convenient to use and works well in most apps used as a screen recorder tool. Let's go to see how to find the native screen capture tool and how to record screen on Windows 10 with it.

First and foremost, you need to find and turn on Xbox Game Bar

Step 1. Click the Start button at the bottom and the Gear icon to open the Settings.

Step 2. Select Gaming. Then the Xbox Game Bar section load by default. On the right, there is a toggle shat is to turn on or off the Bar. If it reads Off, click the toggle and turn on the video capture tool. Then you can start to record your screen on Windows 10. 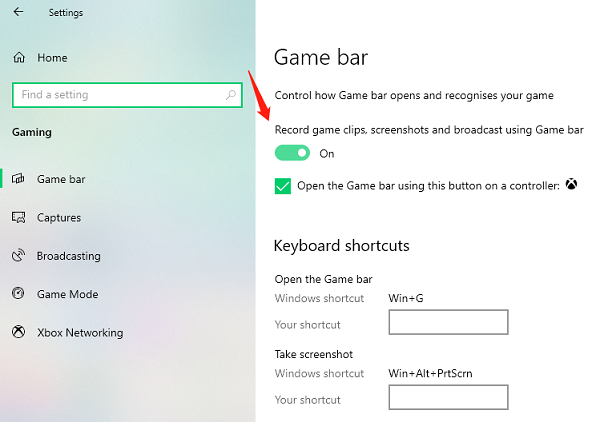 The screen recorder tool does work in regular apps, but it still has some disadvantages. Not all actions on Windows 10 can be recorded by the tool. Desktop, File Explorer cannot be recorded. So before starting press the shortcut key to open the Xbox Game bar, remember to open the app you want to record at first. Otherwise, it will notify that gaming features aren't available for the Windows desktop or File Explorer. Then you could follow the steps to record screen Windows 10 instantly.

Step 2: Click the Start Recording button (or press the shortcut key Windows Key + Alt + R) to start recording your screen in Windows 10. You could click the Setting button and change default settings, such as choose to record audio or not. 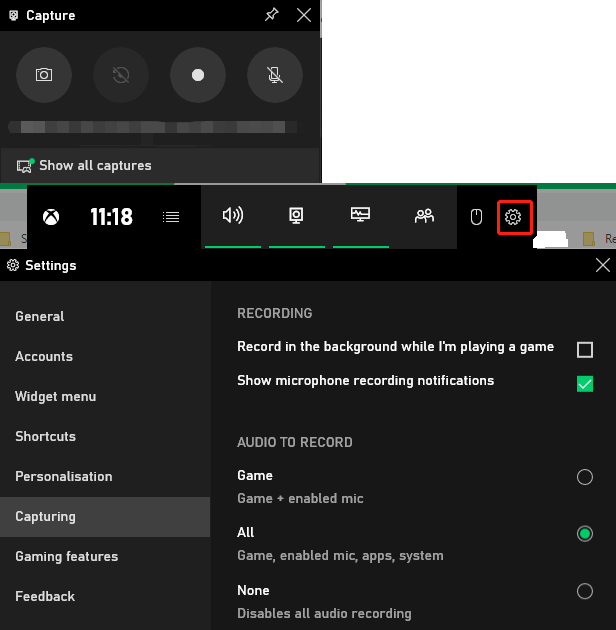 Step 3: On the top right of the computer screen, you could see the Capture Status, which shows the time of the recording. To end the recording, just click the green button. 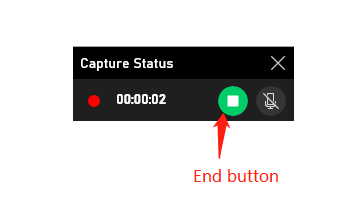 To view the video you've recorded, press the Windows Key + G and open the Xbox Game bar. Click the Widget Menu, choose Gallery, and you could watch all videos you've recorded. These videos are saved as MP4 files. Another way to find your recorded videos in Windows 10 is to go to the Captures subfolder under the Videos folder.

Cons of the Screen Capture Tool:

Also Read: How to Record Your Screen with Sound on Mac/PC/Mobile

To help you record screen and sound on Windows 10 with more options, we recommend a professional and free screen recorder for Windows 10 (suited for other Windows operating systems too). The 100% free screen recorder is iFun Screen Recorder. Designed to record your screen on Windows, including Vista, 7, 8, 8.1, and 10, it offers high-quality service to record video with high-definition visual performance without lagging on the frame. Different from Windows 10's built-in screen capture tool, it allows you to record any area of your screen according to your demand. You can record HD videos, no watermark, no time limit.

Next, we'll show you how to record your screen on Windows 10 with iFun Screen Recorder step by step.

Step 2: Open the recorder and set up preference. For more settings, click the Recording Settings to choose the video size, format, frame rate, and quality. You can also set the audio format and frame rate. 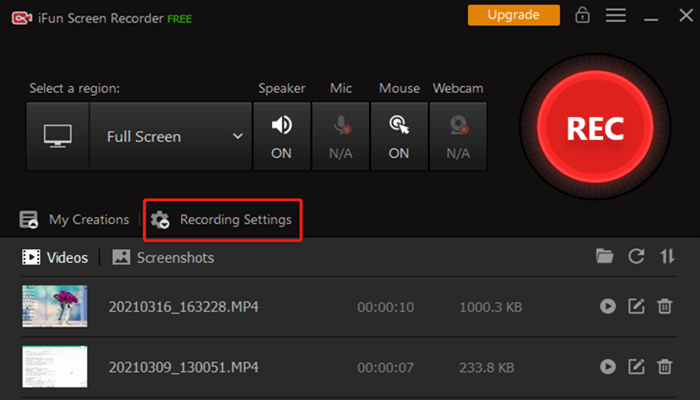 Step 3: Start to record screen on Windows 10 by clicking the red circle record button. (Or press the hotkey F9 to start recording.) 0 lag technique. Press F10 to pause the recording and F9 to end it. 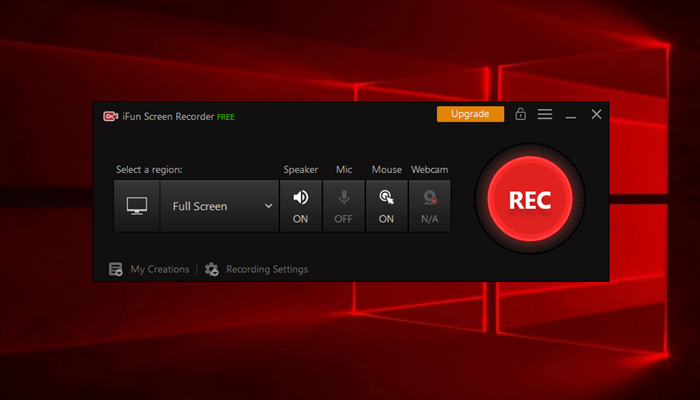 Step 4: When you end the recording, the video is saved automatically. Under the video list, you can see all recorded videos and edit a video by clicking the edit icon. 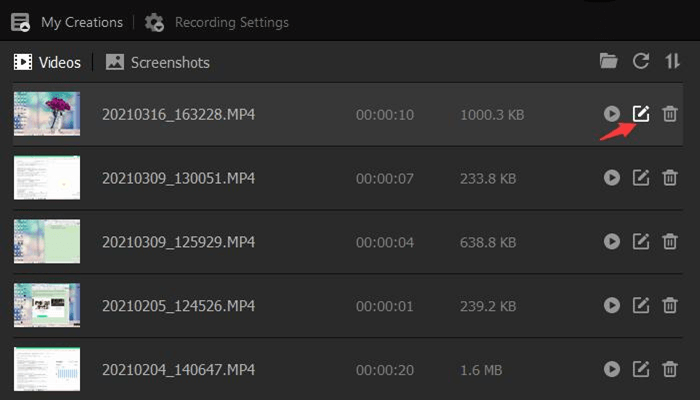 If you're accustomed to recording screen on mobile, there are 13 best screen recorder apps for Android and iPhone with useful features for your to choose.